[Main Conference - ACM CC2017 Details Here]
Brewed in HotGlue
Sonic architecture of the inner space. Interactive sound composition
( 2,2 ) 0 is a cinematic space where the visual external stimulus is removed. An invitation to navigate through a kinematic
montage from a spatial psychoacoustic experience, where the imagination seeks to alter and proliferate, reverberating through the deep cavities of the psyche. The inner space is mapped conceiving another kind of system that isn’t represented spatially but is instead constructed from patterns of single events remapped from intensities, interferences and temporal sensitivity, delays and elastics rhythms. 8 chambers exist simultaneously, each one containing different facets of the acoustic information: it carry sonic characteristics, latency, loudness and modulations of rate and direction. In this way one is orientated within a journey through the architecture of the inner space and towards expanding outer qualities of the imagination. An inner journey towards a spatiality of ambience, atmosphere and spatial self; the heart may pre-echo endless openings, without the eye, space is navigated by being remembered or imagined.
The research explores a meta-critique of sight perception in relation to virtual, real and imaginary spaces. Taking the structure of a (2,2) mode shamanic drum as a reference, the artwork explores the possibility for re-combinations and simultaneities of the real-and-imagined. The hybrid space presents the use of technology and its relation to knowledge, through systems and languages found in techno-animism, cinema and hauntology practices.

Nazare Soares (Spain 1981), granted a Master’s Degree in Fine Art from Norwegian University of Science and Technology in 2017. She graduated from Brighton University with a First class degree in Moving Image Arts in 2014; as part of this course she spent three months studying in Ramallah at the Academy of Art of Palestine. She spent a year from 2006 living and working in Tokyo, after which she moved to Brighton. Currently she lives and works between Norway, Spain and UK. Her research locates the essence of cinema elsewhere, outside of the form that is traditionally defined, investigating the notion of anachronism and its connection to light and sound; spirit and spectre, ontology and hauntology


Øystein Kjørstad Fjeldbo (Norway 1991), sound artist and musician based in Trondheim, Norway. He has a Master´s degree and bachelor’s degree in music technology from the music department at the Norwegian University of Science and Technology (2017, 2015). His main focus lies in examining the properties in what’s considered artificial and organic, searching for an android expression in both music and multimedia installations. As part of this research he has developed a framework for true real time interactive 3d-sound. The framework utilizes the whole space around the listener, placing virtual sound sources in the listener’s headphones.

Amalia Fonfara (Greenland 1985) Artist and shamanic practitioner based in Trondheim. Since 2010 Amalia Fonfara have lived in Norway. She holds a bachelor of fine art(2013) and an international master of fine art(2015), from Norwegian University of Science and Technology in Trondheim. Fonfara has studied different esoteric practices, including spiritism, shamanism and contemplative healing practices. She is currently doing a one year study prg. at Scandinavian Center of Shamanic Studies in Sweden. In her artistic practice the perception of reality, imagination and spirituality are closely connected and intertwined. 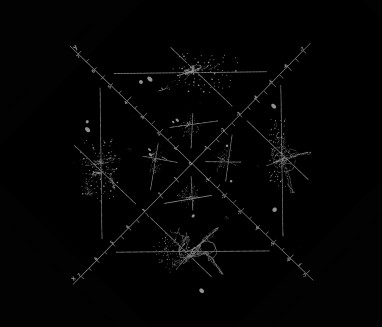 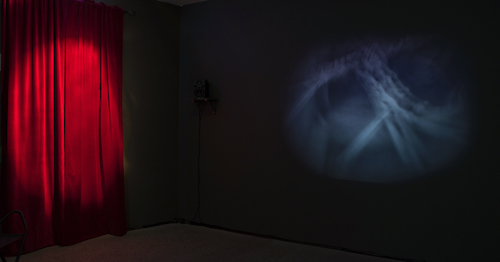