[Main Conference - ACM CC2017 Details Here]
Brewed in HotGlue
Better Hands (2017) is an interactive installation that explores the limits and the role of tools in the creative process. It questions the authorship by bringing the interface closer to the body, while giving to it its own agency. This work invites us to reflect on the effect of modern technology on the basic act of creation and whether we control or are defined by it. Better Hands exposes the relationship between humans and technology in the creative process. The installation captures electric signals and inertial measurements from the arm of the interactor as raw input. The signals are then fed to discrete dynamical systems, which generate brush patterns, and moderate user input to control a robotic arm. The arm holds a brush that strokes on a tablet, creating digital paintings.

Wallace Lages is an assistant professor at the School of Fine Arts of Universidade Federal de Minas Gerais (Brazil) and Ph.D. student in the Compute Science Department of Virginia Tech (USA). He has collaborated on the conception and development of several commercial games and artistic installations. He was a co-author on installation Palavrador Openbook, winner of the 2006 digital literature prize from the ciudad de Vinaròs, Spain and featured on the 2007 Siggraph art gallery. He was also responsible for the digital interaction concept of permanent installations on the Interactive Space of Interactive Life (Belo Horizonte, Brazil). He has contributed on programming and game design of mobile, PC and console games. He is currently associated with the Center for HCI, part of the Institute for Creativity, Arts and Technologies where he is doing research on VR, AR, games, and 3D interaction.

Dr. Pablo Gobira is a professor at Escola Guignard (UEMG, Brazil), artist, curator and researcher. He is a research fellow and manager of Digital Promotion Services of the Brazilian Network at IBICT/Brazil Ministry of
Science, Technology, Innovation and Communication (MCTI). Member of the National Institute of Science and Technology INCT-Acqua (CNPq). Writer and editor of the books: “Post-digital configurations” (Forthcoming UEMG Press, 2017); “Games and Society” (Crisálida Press, 2012); Walter Benjamin “B-side” (Crisálida Press, 2011) among others books and writings. He works in curatorship, creation and production in the field of culture and digital arts and also creative economy. He is coordinating the Laboratory of Front Poetics

Dr. Francisco Marinho is a professor in the Department of Photography, Performing arts, and Animation at the School of Fine Arts of Universidade Federal de Minas Gerais (UFMG). He obtained his B.S. in mechanical engineering from UFMG (1993) and his Ph.D. from Universidade de Sao Paulo (2004). He worked several years in media production and illustration. He was the conceptual leader on installation Palavrador Openbook, winner of the 2006 digital literature prize from the ciudad de Vinaròs, Spain and featured on the 2007 Siggraph art gallery. His current research is focused on art and technology, particularly on interactive art and education. He was one of the founders of the Latin America Network of Digital Literature (Red) and runs 1maginari0, a research group on computational poetry. 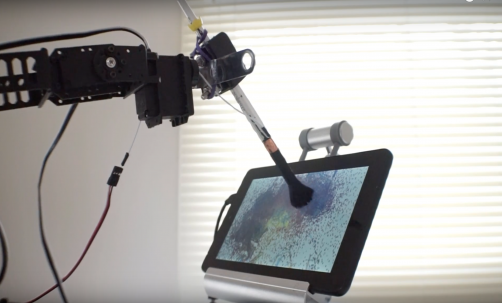