[Main Conference - ACM CC2017 Details Here]
Brewed in HotGlue
A walk/talk with artist and willing showcase who take a stroll with the final invitation to lay horizontal and hold hands. The work will be 1:1 however spectators will view the intimate encounter from the periphery. An installation component via the ‘bed of grass’ that will remain in between and after the live conversation between artist and willing guest. An intimate space where through a conversation, the artist guides the willing visitor to generate oxytocin. In a short interaction, the artist and visitor collaborate in an ‘algorithm of love’.
Through a series of physical interactions that have been recorded to increase the oxytocin hormone we also talk about the science of love and hormones, the military use of synthetic oxytocin in the USA and philosophise experientially on the nature of trust. An initial glance at scientific research on oxytocin casts a wide net: neuroscience, addiction studies, schizophrenia, autism, psychology, advertising, pharmacology, economics, health, child development, behavioural sciences, psychiatry, genetics and the list continues. Oxytocin is a hormone classically known to facilitate lactation and birth; it is also a central neuropeptide that influences a host of social and other behaviours. These peripheral actions are provoked following oxytocin’s release into the bloodstream from the hypothalamus.This work is re-mounted in a broader context of critical engagement and through the seemingly social awkwardness of extended hugs that just linger for a few seconds too long to discourse and hand-holding with audience-participants where we become bodily sensing technologies and bio sequencing systems in our own chemistry.

Jen Jamieson is a performance artist aiming to blur audience and artist. She is a sessional lecturer in Communications, a registered art therapist, and is a member of Perth Playback Theatre. She studied visual art, and theatre, holds a BA First Class Honours in media studies. Jen has produced and directed several short films that have screened and won awards in national & international film festivals. Over the last few years she has been developing an interdisciplinary arts practice, utilising her video/photography and training in performance making. 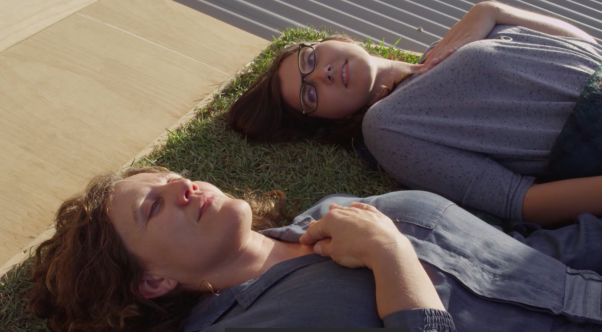