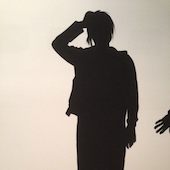 Cath Robinson - Print Design
Cath Robinson is an artist and graphic designer based in Hobart, Tasmania. She has taught Visual Communication at the Tasmanian School of Art on and off for many years, as well as having worked for institutions such as the UK National Maritime Museum and the State Library of Tasmania. She works with arts institutions such as Contemporary Art Tasmania, Arts Tasmania and the Tasmanian Museum and Art Gallery on a freelance basis. Focussed on print design, Robinson’s main area of interest is working with individual artists and curators, producing posters, catalogues and collateral for exhibitions. 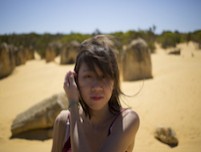 Eudea Tan - Videography
Eudea is a film producer, and has worked on TheSmartLocalTV as a co-producer behind popular local YouTube series 'Singaporeans Try', where she developed a keen eye for creative storytelling using video as a medium. She currently spends most of her time brainstorming on producing the perfect music video and plotting world domination with her cats. 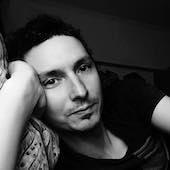 Aaron Horsley - Technical Manager
Aaron has been a diamond in the rough for the students at the Tasmanian College of the Arts, University of Tasmania for over a decade. After graduating - he worked as a graphic designer and multimedia producer, before being offered role ‘Technical officer’ for E-media at the Art School. During the past decade participating in various exhibitions and shows nationally as well as serving on the board of Inflight ARI now known as CONSTANCE. Founding member of the 313RGB Collective that began in 2005 which was innovative in its approach to performance and computational media developments in club environments. He is also an accomplished photographer.

Tracey spent the past 20 years leading strategic marketing efforts within advertising agencies (Omnicom, Publicis Groupe, Dentsu Aegis) where her remit was to help global brands develop their worldwide, regional and localised strategies. She served as Head of Consulting at premier agency, Bartle Bogle Hegarty (BBH), where she created marketing programs, products, services and experiences for multinational firms (Unilever, Google, and Facebook), as well as scaling regional brands and a Singapore-based start-ups. Now in her own professional practice, she provides agile consulting, creativity and innovation training, creative problem solving workshops to fast growing firms. 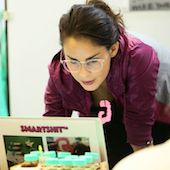 Markéta Dolejšová - Curator
Markéta Dolejšová is a food designer and researcher based in Singapore. In her work, she uses critical and speculative design methods to question techno-centric promises of digital food cultures and data-driven food lifestyles. As a co-founder of the HotKarot&OpenSauce food lab, she explores themes around data cuisines and edible storytelling. With the Fermentation GutHub network, she speculates about microbiopolitics and krautsourcing in the Internet of Microbes. One of her recent significant collaborations includes a biodata security project Pooperleaks created together with the Center for Alternative Coconut research. Markéta is also a PhD Candidate in the Communication and New Media at the National University of Singapore, where she writes her thesis about Design Research through Edible Speculation.
materie.me
ladygroup.co

Nancy Mauro-Flude - Director and Curator
Nancy Mauro-Flude is an artist, curator and writer driven by the demystification of technology, and the ‘mystification’ that lie in and through the performance of the machinic assemblage. Gray magics, hijackings, driftings and seizures of power are many of the sensitive and subversive subterfuges by which she urges, twists and explores the esthetic politic of the open source spirit. Nancy's creative arts research grapples with practices and talismanic logics of pirate cultures and does much to prick the art world with a potent needle. Assistant Professor in the Communication and New Media, National University Singapore. Founder and Artistic Director of Miss Despoinas Media Salon. 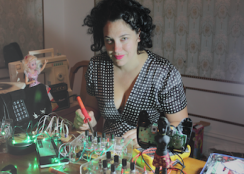 Matthew is a documentary photographer who's work combines photography, technology, art and activism. He spent several years making work and organising projects around forced displacement in hostile regions within the Middle East. Matthew relocated to Singapore where he continues to advise and support lens based practitioners working in conflicted regions throughout the world. He is currently a post-graduate student at the London College of Communication. Matthew's research considers visual strategies in relation to the representation of environmental issues, with a focus on the regional impact of China's One Belt, One Road initiative.
Matthew Aslett - Photography 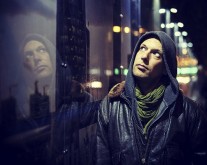