[Main Conference - ACM CC2017 Details Here]
Brewed in HotGlue
In 2014 consumer EEG devices entered the market, often marketed as ‘quantified self; devices to improve users lives through monitored meditative feedback training via the device and a phone app. Continually outputing signals which can be accessed with EEG technologies, brain physiology, bio-electrical signals, continually change through interaction with others and the environment. This artwork is an improvised ElmarEctroencEphalographic (EEG) involving different humans forgrounding their brain activity. The experience invites small groups of guests to improvise each others brain signals to produce unique in context performances with sonified EEG data, appropriating consumer EEG devices for this purpose.

Richie Cyngler is an experimental electronic artist fascinated by collaborative play, experimental process, learning and the creative potential of new technologies. He works predominantly with open source software, hardware, circuitry and sensors to make audio-visual interactive performance and installations which engage viewers/ participants in aesthetic play with the works and each other. Richie is also an educator and community leader in art, design and technology. He is a co-director at Media Lab Melbourne (MLM) a community and collective of new media artists and designers, and the curator of the OpenLAB lecture series since early 2013. Richie is currently engaged in a Masters of Fine Art by research at Victoria College of the Arts, with an intention to convert to PhD mid 2016. His practice based research examines group electroencephalographic (EEG) data and open source software as methodologies for creating collaborative audio-visual performance. 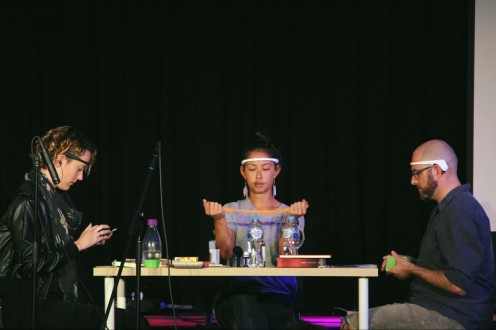 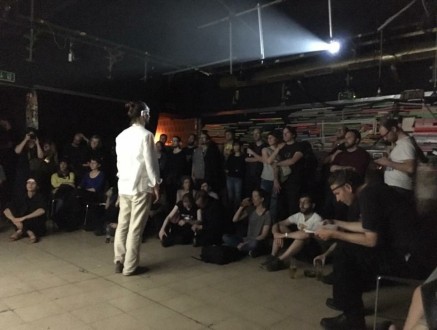