[Main Conference - ACM CC2017 Details Here]
Brewed in HotGlue
Two videos with large correlation of meaning. The sense of that two videos is in opposition. In posthuman research is female-human-object in time loop asking about identity. A dialog with google asking about where is her lost identity in the network. Google responds by the voice of google translate app. Dialogue is dubbed in the mound of scrap iron (discarded computer hardware). In the second video a female pregnant body, covered in black and white liquids. The female body just in details as if it is prehistorical sculpture (Venus of willendorf for example). Questioning the first and final role of woman: goddess or robotic slave. 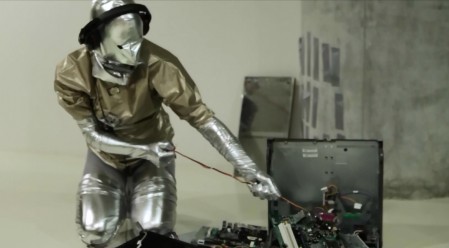 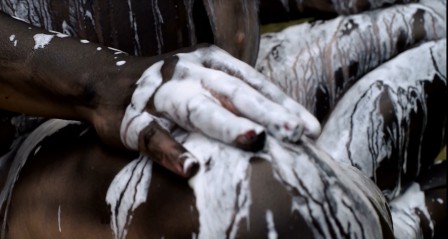