[Main Conference - ACM CC2017 Details Here]
Brewed in HotGlue
The popularity of knitting and crochet, or yarncraft, is on the ascent. As more people discover its pleasures, enthusiasts and neuroscientists are also realizing that crafting with yarn elicits soothing and therapeutic effects. The meditative aspects of knitting and crochet are already familiar to the legions of yarncrafters, but recognition of the neuroscience of yarncraft is a relatively recent phenomenon. This work proposes to embody the relationship between yarncraft and its neurological benefits with a physical art project. This project will take the form of a large crocheted e-textile brain sculpture with embedded LEDs whose illumination is controlled live by a brain- computer interface worn by a yarncrafting practitioner. This sculpture visualizes the changes in the neurology of the yarncrafter. Participation with the project would most likely be limited to spectators’ interactions with the artwork, such as looking at the crafted brain, touching it, and maybe doing some yarncraft while wearing a BCI

Kathleen Quitmeyer is a librarian and proponent of knitting and crochet. She has contributed to drives that espouse the health benefits of yarn craft such as The National Yarn Council’s campaign “When Life Gives You Lemons.” She is currently based in Singapore pursuing volunteer work concerning mental health, crafts, and the environment. Ms. Quitmeyer can be reached at Kathleen.quitmeyer@gmail.com.

Andrew Quitmeyer is a digital adventurer studying intersections between wild animals and computational devices. His PhD research in "Digital Naturalism" from Georgia Tech blends biological fieldwork and DIY digital crafting. This work has taken him through the wilds of Panama, Madagascar, and Southeast Asia where he's run workshops with diverse groups of scientists, artists, designers, and engineers. Much of his current work involves running series of "Hiking Hacks" around the world where participants build technology entirely in the wild for interacting with nature. This work has even spun off into an international television series he hosted for Discovery Networks. 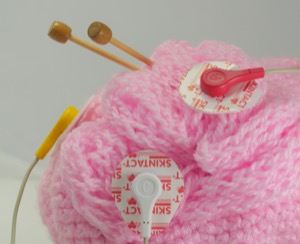